Dear Sophie: Banging my head against the wall understanding…

Gantz: Israel did not cause the oil spill that polluted its…

It aims to build Taiwan’s most comprehensive 5G and AIoT testing and demonstration facilities in the port city, the economics ministry said in a statement. 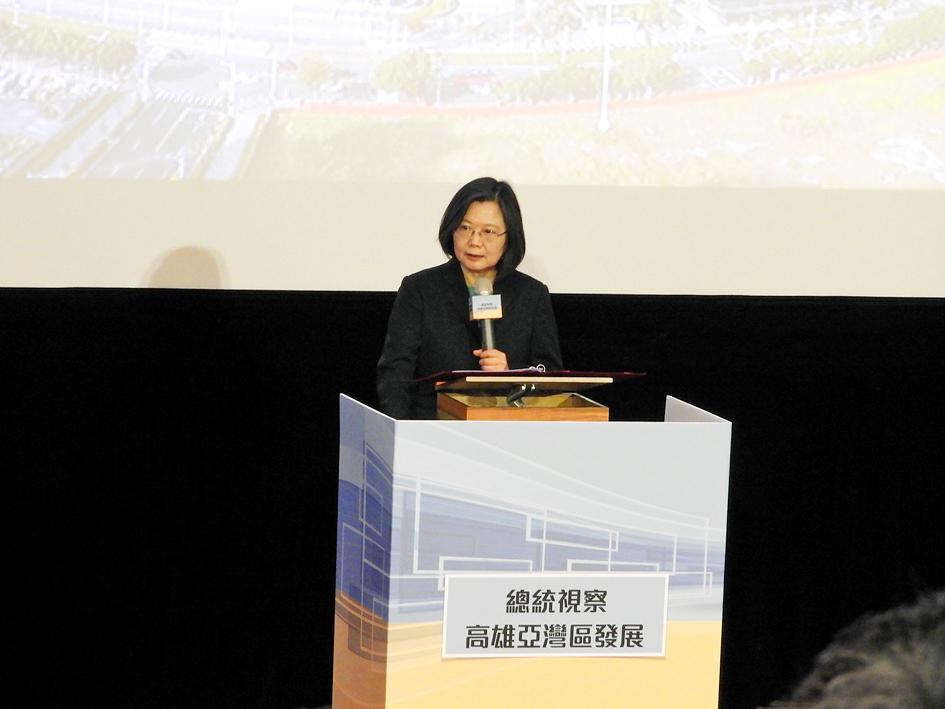 The government seeks to attract 50 local and foreign companies, as well as 120 start-ups, to join the innovation hub over five years, generating NT$30 billion of new investment and creating NT$120 billion in production value, the statement said.

The Executive Yuan made the announcement after President Tsai Ing-wen (蔡英文) was briefed by the economics ministry and the city government about the investment plan earlier yesterday at a meeting at the Kaohsiung Public Library.

Tsai said the development of Asia New Bay Area plays an important role in the government’s Great South, Great Development policy, which aims to balance the development gap between southern and northern Taiwan.

It also represents a close collaboration between the central and local governments, she said.

Kaohsiung is expected to become a “technology smart city” and demonstrates the realization of the policy, Tsai said.

Kaohsiung Mayor Chen Chi-mai (陳其邁) thanked the central government for its support and said the city government would offer incentives for participating companies.

These would include zero-interest corporate loans for investments exceeding NT$400 million and a 25 percent wage subsidy for workers, Chen said.

The city government would offer a preferential program for industrial land, he said.

The city government would also waive housing tax of NT$2 million for participating companies for five years, he added.

The economics ministry said the project comes at a time when overseas Taiwanese businesses and international firms are seeking business opportunities in the nation amid China-US trade tensions and industrial supply chain realignments.

The government plans to expand the Kaohsiung Software Park, launch global accelerator and talent cultivation programs, complete 5G network and smart city infrastructure, and promote conferences and exhibitions, as well as grow the logistics industry, in the city, the ministry said.

Comments will be moderated. Keep comments relevant to the article. Remarks containing abusive and obscene language, personal attacks of any kind or promotion will be removed and the user banned. Final decision will be at the discretion of the Taipei Times.

Alex Lasry, a Wealthy Democrat, Is Targeted by Both Parties in Wisconsin Senate Race

Pandemic forces Suga to travel to US with reduced entourage

Varadkar to present Cabinet with study on living wage

Covid-19 dealt a shock to the world’s top…

Ferrari Will Launch Its First Electric Supercar In…

Tesla owners can now see how much solar or coal is…