UPDATE 1-G7 mulls a message to China: the West ain’t…

The Suu Kyi-led National League for Democracy had won a landslide in a general election in November. But the military has claimed the election was marred by fraud.

For all our coverage, visit our Myanmar Coup page.

— How Myanmar’s post-coup violence is transforming a generation

1:40 p.m. The Committee Representing Pyidaungsu Hluttaw (CRPH), a group made up of elected lawmakers mainly from the ousted National League for Democracy government, announces members of their “National Unity Government.” The list includes deposed lawmakers, members of ethnic groups and leaders of anti-coup protesters.

Atop the list shared by the CRPH — the parallel parliament recognized by the Myanmar public — on its Facebook account are detained democratic leaders Aung San Suu Kyi and Win Myint. They are named state counselor and president, respectively, retaining the titles they held before the military coup on Feb. 1.

In addition, Dr. Sasa, the special envoy of CRPH, is also included in the list as a union minister in charge of the Ministry of International Cooperation.

1:00 p.m. Activist group Korean Civil Society in Support of Democracy in Myanmar applauds Posco’s decision to end a joint venture with a company controlled by Myanmar’s military but demands in a statement: “We also call on Posco to take urgent action in relation to their other businesses that benefit the illegal military junta and its conglomerates. Posco must be transparent about the steps they take to end their business with the Myanmar military.”

In a Facebook post, he explains coronavirus precautions he will take “due to the task of attending the ASEAN summit on April 24, 2021, in Jakarta,” without providing further details on the meeting.

Some ASEAN members including Indonesia have been pushing for a special summit on the Myanmar crisis. Earlier this month, this year’s ASEAN chair Brunei said the planned meeting would be held in the Indonesian capital, where the ASEAN Secretariat is located.

7:30 a.m. South Korean steelmaker Posco will end its joint venture with Myanmar Economic Holdings Public, a company controlled by the Myanmar military, Reuters reports, adding that Posco has not disclosed how it will end the arrangement. “We hope that our steel business will continue to contribute to improving Myanmar’s residential environment and revitalizing the economy,” Posco said in a statement. 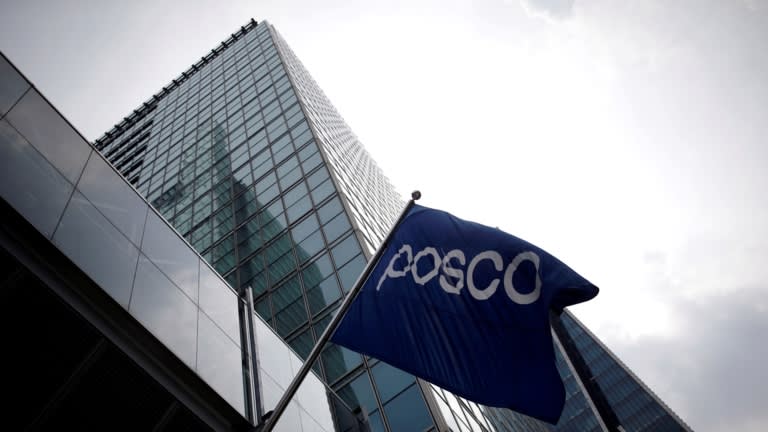 Posco wants out from its joint venture with a company associated with Myanmar’s military.

3:00 a.m. Myanmar’s military regime “already lacks legitimacy,” writes Dave Sharma, a member of Australia’s House of Representatives, in commentary for Nikkei Asia. “It now appears to be losing control, resorting to growing violence and intimidation to subdue a civilian population whose spirit and resilience it has grossly underestimated.”

Sharma’s comments express the same concern that U.N. High Commissioner for Human Rights Michelle Bachelet did earlier this week when she said the crisis has “echoes” of Syria.

ALEC Attacks Biden on Climate Action, But Texas Could Bite Back

Survey finds 31% of older Japanese have no close friends

US 23 bridge work to impact traffic in Russell