Foreign Minister Gabi Ashkenazi met with his Jordanian counterpart Ayman Safadi on Tuesday at the Allenby Crossing between the West Bank and Jordan, where the two discussed the importance of reaching a two-state solution to the Israeli-Palestinian conflict, according to Safadi’s office.

It was the third such reported meeting between the ministers at the crossing.

Safadi’s office said the top Jordanian envoy used the opportunity to express Amman’s concern over ongoing Israeli settlement building in the West Bank and the demolition of Palestinian homes by Israel.

The Jordanian foreign minister also said that the resumption of security and economic ties between Israel and the Palestinian Authority must be followed by a return to direct negotiations aimed at reaching a solution to the conflict based on the pre-1967 borders. 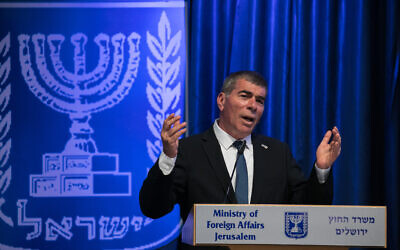 “I emphasized that there is no alternative to the two-state solution that embodies a sovereign Palestinian state with occupied Jerusalem as its capital along [1967] lines that can exist in peace and security alongside Israel in accordance with international law, as a way to achieve comprehensive peace,” Safadi tweeted.

Ashkenazi said the two leaders discussed a range of issues.

“We discussed promoting commercial, economic and civic cooperation between our countries as well as with the Palestinians. Our talks focused on trade, import and export, water, tourism and consular issues,” Ashkenazi tweeted. “We also spoke about regional developments, the common challenge of the coronavirus as well as opportunities and challenges for the region.”

The meeting between the two foreign ministers came days after it was reported that Defense Minister Benny Gantz recently met with King Abdullah II in Jordanian territory.

Jordan, an important regional ally to both Israel and the United States, has long called for a two-state solution and the renewal of Israel-Palestinian peace talks, which have been frozen since 2014. 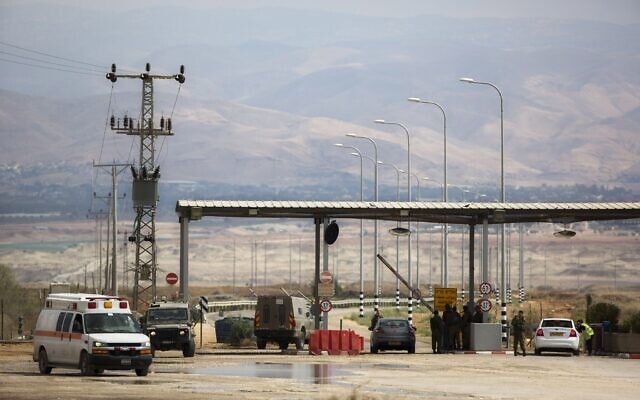 Illustrative: An Israeli soldier stands at the entrance to the Allenby border crossing, the main border crossing for Palestinians from the West Bank traveling to neighboring Jordan and beyond, March 10, 2014. (Sebastian Scheiner/AP)

Abdullah was the first Arab leader to speak to then-US President-elect Joe Biden following the election. Biden told the monarch that he hopes to cooperate on “supporting a two-state solution to the Israeli-Palestinian conflict.”

The king publicly opposed Netanyahu’s push to annex parts of the West Bank last year, which the premier dropped as part of an agreement to normalize ties with the UAE.

Jordan and Israel share strong security ties, but political relations have soured over Israel’s policies on the Palestinians and the Temple Mount in Jerusalem, which is under Jordanian custody, even as Israel moved closer to other Sunni Arab states.

Abdullah said in 2019 that relations between Israel and Jordan were “at an all-time low” after a series of incidents that prompted Amman to recall its ambassador to Israel.

That year, Jordan terminated special arrangements that allowed Israeli farmers to easily access plots of land inside Jordan, and the two countries did not hold a joint ceremony marking the quarter-century anniversary of their peace agreement.  Israel’s arrest of two Jordanian citizens for suspected terrorism also caused a minor diplomatic spat.

Jordan and Israel have been at peace since 1994 and have full diplomatic relations. Despite Jordan’s majority-Palestinian population — many of whom do not support the peace treaty — the two governments cooperate closely on security and economic issues.

This Is The Spiritual Successor to an Important Military Watch

WHO calls for suspension in sales of captured live animals

‘Piles of bodies’ seen in Myanmar as violence escalates: reports