The link between women’s empowerment and successful peace processes is “incontrovertible,” said Hudson. She and her team conducted the largest ever empirical analysis of the phenomenon. They examined 166 nation state outcomes, ranging from war to population health, and found that the subjugation of women at the household level was “significantly associated” with 72 percent of negative outcomes measured. In light of these findings, incorporating women in peace processes is a necessary part of any common sense, “realist” approach to national security, said Hudson.

“For too long our understanding of war has focused only on men,” said Dr. Kathleen Kuehnast, Director of Gender Policy and Strategy at USIP, “and as a result women have often not been protected from the ravages of war…nor have they been fully empowered participants to help solve our biggest human crises when it comes to violent conflict.” Increasing women’s participation in peacebuilding is a vital step toward remedying this historical oversight. 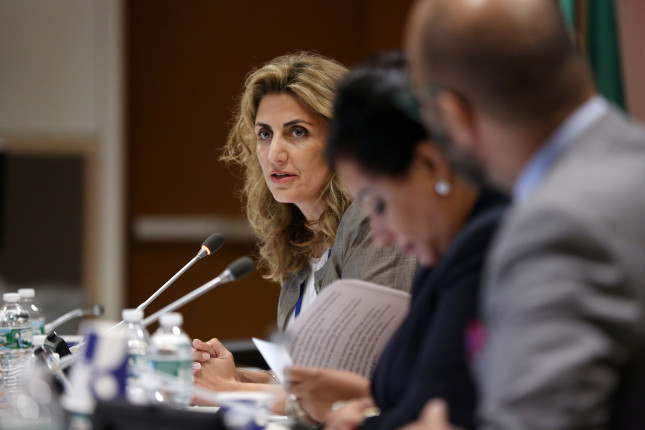 In 2017, Congress codified this strategy into law in with the passage of the Women, Peace, and Security Act. Since then, the DoD has worked to make WPS “more than just a slogan,” said Kuehnast. “WPS is important to the Department’s mission and national security objectives because it is a tool for smart power,” said Brigadier General Rebecca Sonkiss, Deputy Director for Counter Threats and International Cooperation on the Department of Defense’s Joint Staff, a committee of senior leaders in the Department that advises the executive branch. By allowing the Department to understand the security needs of the entire population during conflict, the WPS approach enhances DoD’s effectiveness and mitigates harm to vulnerable populations that can impede long-term stability.

In June 2020, the Department released its strategic plan to implement the WPS agenda. The plan focuses on increasing women’s representation in the DoD as well as in its partner programs. The DoD’s Joint Force Command also regularly releases detailed policy guides, hosts trainings, and allocates funds to support WPS initiatives. Individual commands within the Department have internal reforms, including creating women’s leadership programs, hiring full-time gender advisors, and partnering with academic institutions to analyze and improve their WPS initiatives, said the panelists.

Photo Credit: Scenes from the event – “Women Peace and Security in Mali – supporting women’s role and effective participation In the implementation of the Malian peace accords.”, courtesy of flickr user UN Women/Ryan Brown; Scenes from the Event: “Sharing the Women, Peace & Security in the Arab Region Strategy”,…

‘Quo Vadis, Aida?’ Director on Why Art Is Necessary to Confront Tragedy

America has made a serious mistake on UNRWA