Opinion: What happens when you ride the Trump-a-Whirl too…


“Over the next several decades, this C-47 changed hands many times and its historical significance was lost,” the museum said. “Ultimately, two historians from the U.S. Air Force discovered that this historic aircraft was lying in a boneyard in Wisconsin.”

The Commemorative Air Force, an organization that finds and preserves historic aircraft, acquired the aircraft and returned it to flying status, the museum said.

“That’s All, Brother has been restored to its authentic 1944 condition, including its D-Day paint scheme and original interior,” the museum said in its release. “The aircraft returned to the skies over Normandy for the commemoration of the 75th Anniversary of D-Day in 2019.”

The plane is scheduled to land on the runway behind the museum April 20 between 8 a.m. and 9 a.m.

On the afternoon of April 22 the aircraft will depart by 2 p.m.

Visitors can watch the aircraft land and take-off from the museum’s Memorial Park.

The landing and departure are weather-dependent and subject to change. 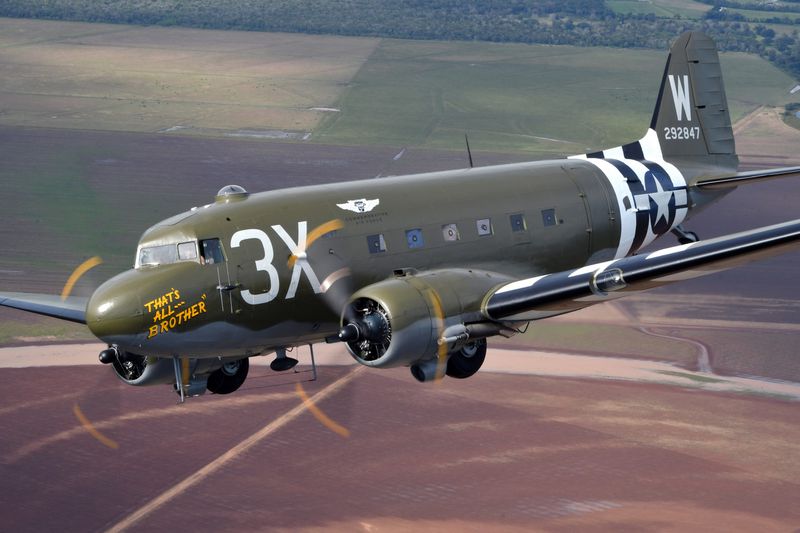 That’s All, Brother, an historic C-47 that flew in the D-Day Normandy invasion during World War II. Air Force photo

While indoors masks that cover the nose and mouth are required for visitors ages 3 and up. While outdoors a mask should be worn when unable to properly maintain physical distancing, while in line and while inside the aircraft, the museum said.

Interior aircraft viewing will be managed by the C-47 crew and limited to two visitors at a time. The aircraft will have a designated entrance and separate exit location. Hand-sanitizing stations will be located at the entrance and exit of the aircraft.

Inside Nellis Air Force Base, Pt. 2: The US Air Force Weapons School

Biden to meet with 6 GOP senators next week