But remarks by Nobile and other Trump supporters at GOP rallies across the state this week suggest that years of unsubstantiated claims about structural electoral flaws have eroded faith in the system at a time when Georgia races have never been closer.

In interviews with dozens of Republican voters and activists, many said they were confident in the election or that they would set aside concerns to vote against Democrats Raphael Warnock and Jon Ossoff. But others openly debated whether to participate in the runoffs. 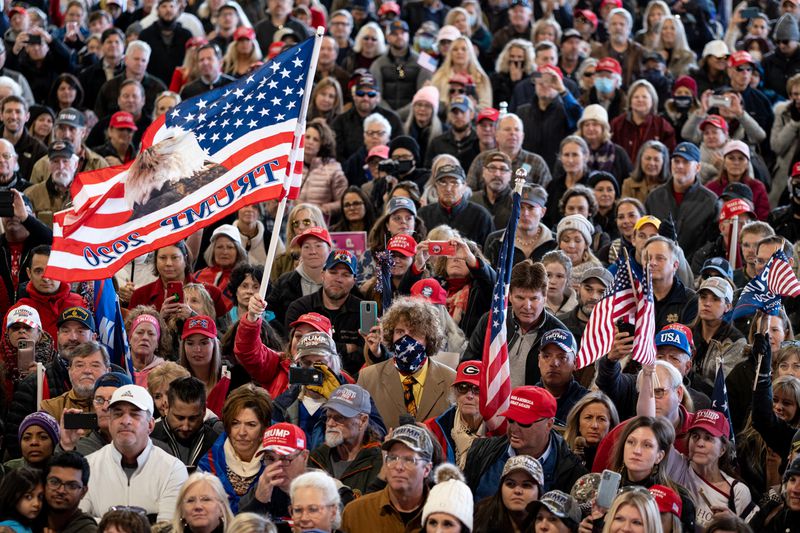 About 1,000 people turned out for a rally Wednesday in Alpharetta where former Trump attorney Sidney Powell encouraged them to boycott Georgia’s U.S. Senate runoffs on Jan. 5. (Ben Gray/Atlanta Journal-Constitution/TNS)

“There has been a shift in enthusiasm among some regular Republican voters who will honestly tell you that they don’t know who they will vote for or are defensive about voting early or on Election Day,” said John Wood, a longtime activist in Savannah who has urged Republicans to vote.

“They want to tell you about their fears and essentially vent to someone about the frustrations — and their hopes that Trump will still be inaugurated for a second term,” Wood said.

Georgia Republicans hope a recent counteroffensive will convince the fence-sitters otherwise. Trump staged a rally for thousands of supporters in Valdosta, where the senators are banking on surging turnout to offset Democratic gains in metro Atlanta.

And a tide of GOP figures, national and local, are urging conservative voters to ignore the pleas from former Trump attorney Sidney Powell, who told a crowd of more than 1,000 Republicans at an Alpharetta park this week to boycott the vote until Georgia ditches newly purchased voting machines — a system approved by GOP legislators.

“This is literally the firewall,” Gov. Brian Kemp said this week on Fox News. “I think we all have to pull together and figure out what we have got to do to assure people that their votes are going to count.”

But a series of events over the past week showed just how challenging that could be.

Even as U.S. Rep. Doug Collins campaigned Nov. 28 for the first time with his former rival Loeffler, there were signs that the effort to overturn the election in Georgia, which he led on behalf of the Trump campaign, may have damaged her chances.

At that event in Marietta, GOP Chairwoman Ronna McDaniel was asked by voters why Republicans should bother to invest time and money in the runoffs if they’re rigged.

“It’s not decided. This is the key — it’s not decided,” she pointedly responded. “So if you lose your faith and you don’t vote and people walk away, that will decide it.”

Irv Allison, a McDonough retiree, is among the Republicans planning to vote despite his misgivings about the electoral system. Specifically, he expressed fears that Stacey Abrams, the former Democratic gubernatorial nominee vilified by conservative media, will somehow “control the vote.”

“I am worried that it’s not going to be a valid election. I’m sure I’m going to vote in the runoffs,” he said. “But it’s a two-edged sword. Are you wasting your vote if you vote? I would tend to err on the side of voting.” 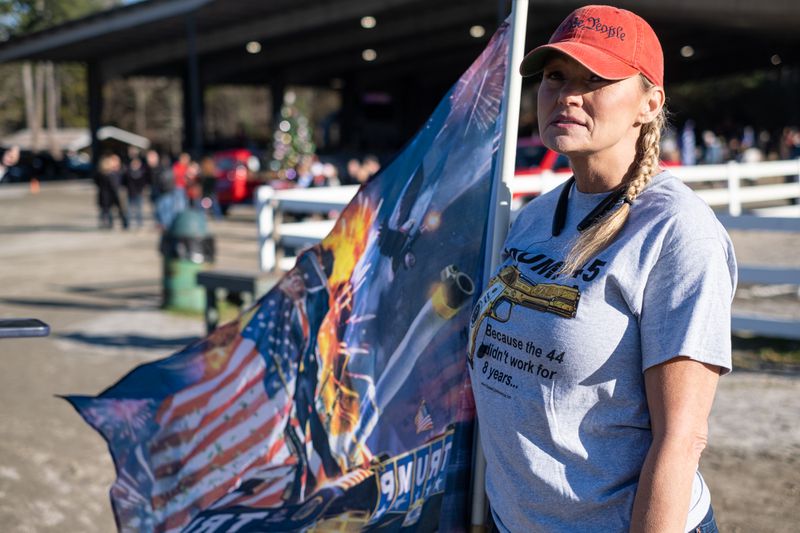 Tammy Converse of Grayson, a Trump supporter, says she may not vote in the state’s U.S. Senate runoffs, even if that means ceding control of Congress to the Democrats. “I don’t think we should vote until we fix the systems. We need to let them know that it’s not acceptable,” she said of state Republican leaders. “It’s tough. But I don’t think any voting is acceptable until they prove it’s safe.” Ben Gray for the Atlanta Journal-Constitution

He wasn’t alone in his unease. After Powell’s rally on Wednesday, Tammy Converse of Grayson said she’s considering skipping the vote to send a message to Kemp after he refused Trump’s demands that he illegally block the certification of…

Meet the Homecoming Queens of COVID

US expels Russian diplomats, imposes new round of sanctions

Letter: Why didn’t calling out inappropriate behavior matter before?

Covid-19 dealt a shock to the world’s top…

Ferrari Will Launch Its First Electric Supercar In…

Tesla owners can now see how much solar or coal is…