11 Including Local Journalist Wounded: Uruzgan – The…

Op-Ed: The real reason Gavin Newsom is the target of a…

Michigan restaurants ask: How can we find enough workers? |…


JALAZOUN, West Bank (AFP) — In Jalazoun refugee camp, Mohammad Zaid on Thursday expressed a sentiment not heard from Palestinians during Donald Trump’s presidency: gratitude towards the US, even if for some it’s too little, too late.

Zaid, 49, told AFP that on visits to the clinic of the camp in the West Bank after Trump’s 2018 cut in funding for the UN agency for Palestinian refugees (UNRWA), he often found it lacked medicine.

“We thank America for restoring its support,” the restaurant owner said, a day after US President Joe Biden restored aid for the Palestinians to the tune of $235 million, in a sharp break from the staunchly pro-Israel Trump administration.

“The living conditions in the camp are difficult and UNRWA needs help in order to look after the refugees,” said Zaid. 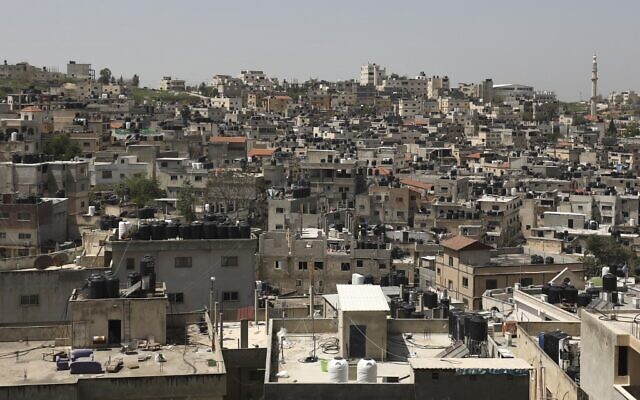 A picture shows the Palestinian refugee camp of Jalazoun near Ramallah on April 8, 2021. (ABBAS MOMANI / AFP)

The State Department said Wednesday it would contribute $150 million to UNRWA. The Trump administration had severed funding in 2018.

UNRWA was set up in 1949, a year after Israel’s establishment, and currently provides housing, schools, and other care to more than five million Palestinian refugees and their descendants.

Israel cheered when Trump cut funding for the agency it accuses of teaching incitement against the Jewish state and insists should not exist in its current form.

But for many Palestinians, UNRWA provides vital support, including in Jalazoun, near the Israeli settlement of Beit El in the West Bank where Israeli flags flutter above the cramped Palestinian camp.

Entering Jalazoun from the south requires walking along a concrete wall that separates the Palestinian community from the settlement.

As with many Palestinian refugee camps, the tents of past decades have been replaced by low-rise concrete buildings, where many live in some of the world’s most densely-packed urban areas. 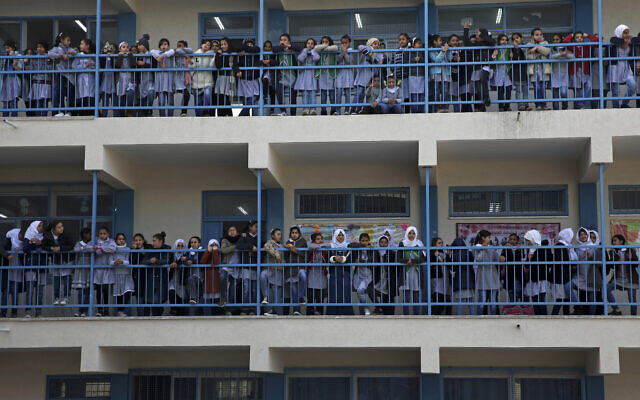 UNRWA works across the claimed Palestinian territories, including the West Bank, Israeli-annexed East Jerusalem, and Gaza.

Gaza, a densely populated territory home to some two million Palestinians, has suffered from poverty rates of roughly 50 percent, at least in part caused by a blockade imposed by Israel and Egypt. Jerusalem says it is necessary to prevent Hamas from arming itself with deadly weaponry with which to attack Israel.

Hardship has increased during the COVID-19 pandemic as Hamas has imposed strict lockdowns to control viral spread in the enclave with poor medical infrastructure.

Sabah Sukkar, a 30-year-old who works in a Gaza City beauty salon, said the resumption of US aid would “improve the economic situation, but in a small way.”

“We have waited for this decision for a long time,” she told AFP, calling Biden’s move “positive, but late.”

In addition to UNRWA support, Biden’s administration has also offered $75 million in economic and development assistance for the West Bank and Gaza, as well as $10 million for peace-building efforts. 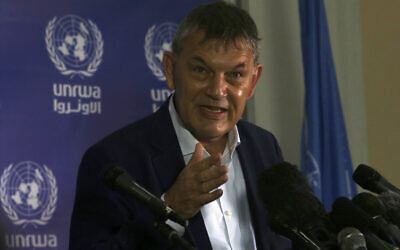 UNRWA Commissioner-General Philippe Lazzarini said the cash-strapped agency “could not be more pleased” about its renewed support from Washington.

Trump continues his vendetta against windmills with statement warning of ‘disasters

Regional emergency declaration issued over pipeline shut down after cyberattack

Dubai airline to fly medical supplies to India for free