Biden: ‘We can’t wait any longer’ to address climate crisis


WASHINGTON (AP) — In the most ambitious U.S. effort to stave off the worst of climate change, President Joe Biden signed executive orders Wednesday to transform the nation’s heavily fossil-fuel powered economy into a clean-burning one, pausing oil and gas leasing on federal land and targeting subsidies for those industries.

The directives aim to conserve 30 percent of the country’s lands and waters in the next 10 years, double the nation’s offshore wind energy, and move to an all-electric federal vehicle fleet, among other changes. Biden’s sweeping plan is aimed at staving off the worst of global warming caused by burning fossil fuels.

But his effort it also carries political risk for the president and Democrats as oil- and coal-producing states face job losses from moves to sharply increase U.S. reliance on clean energy such as wind and solar power.

“We can’t wait any longer″ to address the climate crisis, Biden said at the White House. ”We see with our own eyes. We know it in our bones. It is time to act.″ 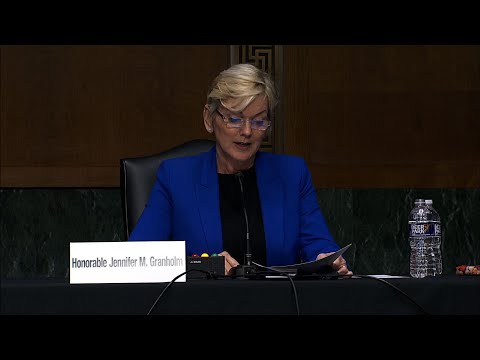 He said his orders will “supercharge our administration’s ambitious plan to confront the existential threat of climate change.”

Biden has set a goal of eliminating pollution from fossil fuel in the power sector by 2035 and from the U.S. economy overall by 2050, speeding what is already a market-driven growth of solar and wind energy and lessening the country’s dependence on oil and gas. The aggressive plan is aimed at slowing human-caused global warming that is magnifying extreme weather events such as deadly wildfires in the West and drenching rains and hurricanes in the East.

Biden acknowledged the political risk, repeatedly stating his approach would create jobs in the renewable energy and automotive sectors to offset any losses in oil, coal or natural gas.

“When I think of climate change and the answers to it, I think of jobs,″ Biden said. “These aren’t pie-in-the-sky dreams. These are concrete actionable solutions. And we know how to do this.″

In a change from previous administrations of both parties, Biden also is directing agencies to focus help and investment on the low-income and minority communities that live closest to polluting refineries and other hazards, and the oil- and coal-patch towns that face job losses as the U.S. moves to sharply increase its reliance on wind, solar and other other energy sources that do not emit climate-warming greenhouse gases.

Even so, Republicans immediately criticized the plan as a job killer.

Biden also is elevating the warming climate to a national security priority, directing intelligence agencies, the military and others to do more to prepare for the heightened risks. The conservation plan would set aside millions of acres for recreation, wildlife and climate efforts by 2030 as part of Biden’s campaign pledge for a $2 trillion program to slow global warming.

President Donald Trump, who ridiculed the science of climate change, withdrew the U.S. from the Paris global climate accord, opened more public lands to coal, gas and oil production and weakened regulation on fossil fuel emissions. Experts say these emissions are heating the Earth’s climate dangerously and worsening floods, droughts and other natural disasters.

Currently, 61% of the nation’s electric power comes from natural gas and coal, 20% from nuclear and 17% from wind, solar and other renewable energy, the U.S. Energy…

In the Republican Party, the post-Trump era lasted a week

US 23 bridge work to impact traffic in Russell

#FixTheCountry convener details how they were ‘forced’ into a meeting of…