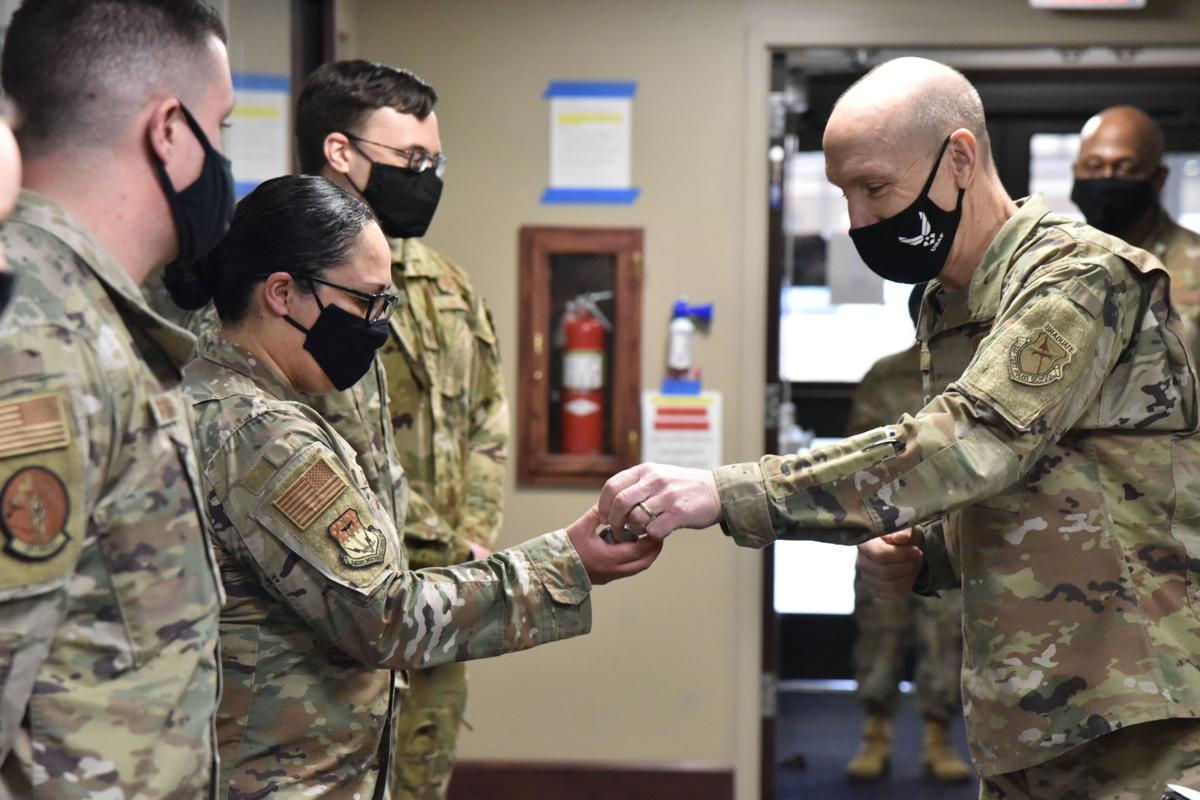 Gen. David Allvin, Vice Chief of Staff of the Air Force, presents a coin for exceptional performance to Tech Sgt. Mayra Corona, 341st Medical Group MHS Genesis project coordinator, Jan. 29 during a trip to Malmstrom Air Force Base, Mont. Gen. Allvin also visited a missile alert facility, launch facility and the weapon storage area during his visit to the base. 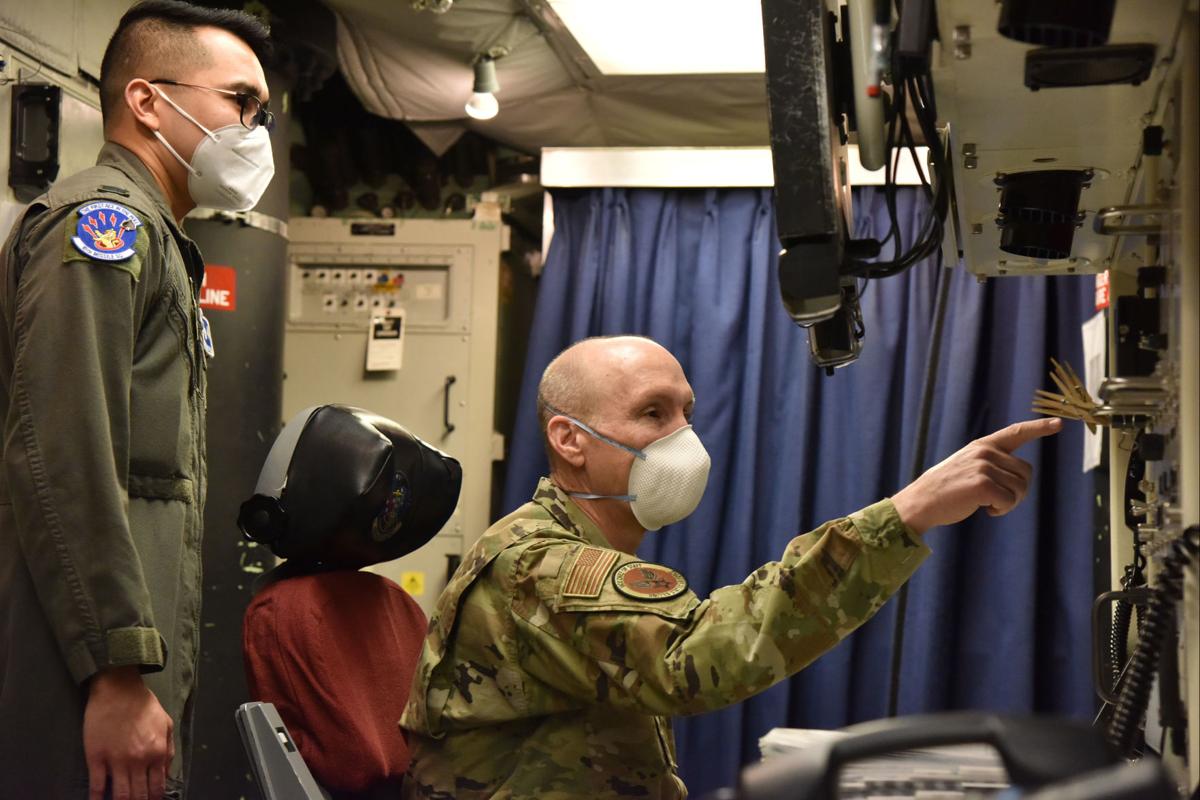 Gen. David Allvin, Vice Chief of Staff of the Air Force, is given a tour of a launch control center and briefed by 1st Lt. David Andriatico, Combat Crew commander on Jan 29 at Malmstrom Air Force Base, Mont.

ARLINGTON, Va. — Malmstrom Air Force Base welcomed Gen. David Allvin during his first visit to the field as the Air Force’s vice chief of staff, Jan. 29.

“Malmstrom is home to world-class Airmen whose competence and professionalism sustain our most critical undertaking as a service—nuclear deterrence,” Allvin said. “Their laser-focused commitment to upholding the exacting standards our nation expects of our nuclear force is truly awe inspiring. They execute a no-fail mission and it’s clear that Malmstrom’s Airmen get that. Watching them in action has been an energizing experience.”

“Wing One was honored to welcome Gen. Allvin, who specifically chose to visit Malmstrom as his first (official visit) as the vice chief of staff of the Air Force,” said Col. Anita Feugate Opperman, 341st Missile Wing commander. “He took this opportunity to recognize and thank our Airmen, who ensured our mission continued uninterrupted despite the global COVID-19 pandemic, and further, to broaden his understanding of the nuclear enterprise.”

Breaking barriers among the ranks